Mr Robot is a TV show about a hacker who tries to make his own revolution. Although it seems like a technological show, it is much more related to politics. I would classify it closer to Continuum with less science-fiction. However, I must admit that most of the hacking staff in the movie is science-fiction. You must be psychic to be able to hack all of those passwords with a good guess.

The series has a good connection with the audience because the characters in the show are from daily life. They work in an office with many personal problems. Elliot works in his boring cubicle just like Mr Anderson from Matrix and does hacking at nights. Of course he is 100 times more talented than regular hackers, otherwise why would this be an interesting story? Indeed, the story begins when he decides to do something to make the world a better place.

Until now I have given similarities to Matrix, so if you are fan of Matrix, you will probably like this one as well. But this is not all. The series have many references from Fight Club to Clockwork Orange. So if you like to discover all the details, you will like it because each scene has a special item to discover. But more importantly, the series has its own style. It is very dark and depressive. Unlike awaken Neo, Elliot is always in a state of depression. To overcome his problems, he is deciding that the world is the reason of his and everybody’s problems and he tries to change the world to make it a better place for everybody.

This is where the main question of the show starts for me: should you change the world starting from yourself? Would this mean a solution or a surrender? Or should you change the world? Elliot selects the latter one. But will it bring happiness to the world or should he undo everything for a new start? Since the show is highly political, this brings some questions from the real world. For example what would happen if the greedy companies are destroyed. Does it make the world a better place? If no one has any debts, would this solve the problem? Although the show is negative to these questions, we should remind that the real world is negative to the other case where the governments back up the big companies after the crisis. It has been a long time and still there does not seem to be a solid exit from the economical crisis.

I will not get into details about the lack of the correct economic views in the show. But one thing is that it is trying to say to the audience that it does not matter what you do about the evil corporations, there will be another monster waiting for you under your bed. Indeed it says that control is an illusion, which is equal to saying “Don’t try to struggle. You will lose anyway”. This is not the only political message, also there are messages related to Trump (do I need to say that it is anti-Trump?), China (indeed many details from dark army) and many other small details. I believe that they have a good collaboration with experts in their fields. If you know the technological investments of intelligence organizations, you will realize that this show is doing a good job. I think Robert Redford should be a guest star in at least one of the episodes as a tribute to ‘Three Days of Condor’ . 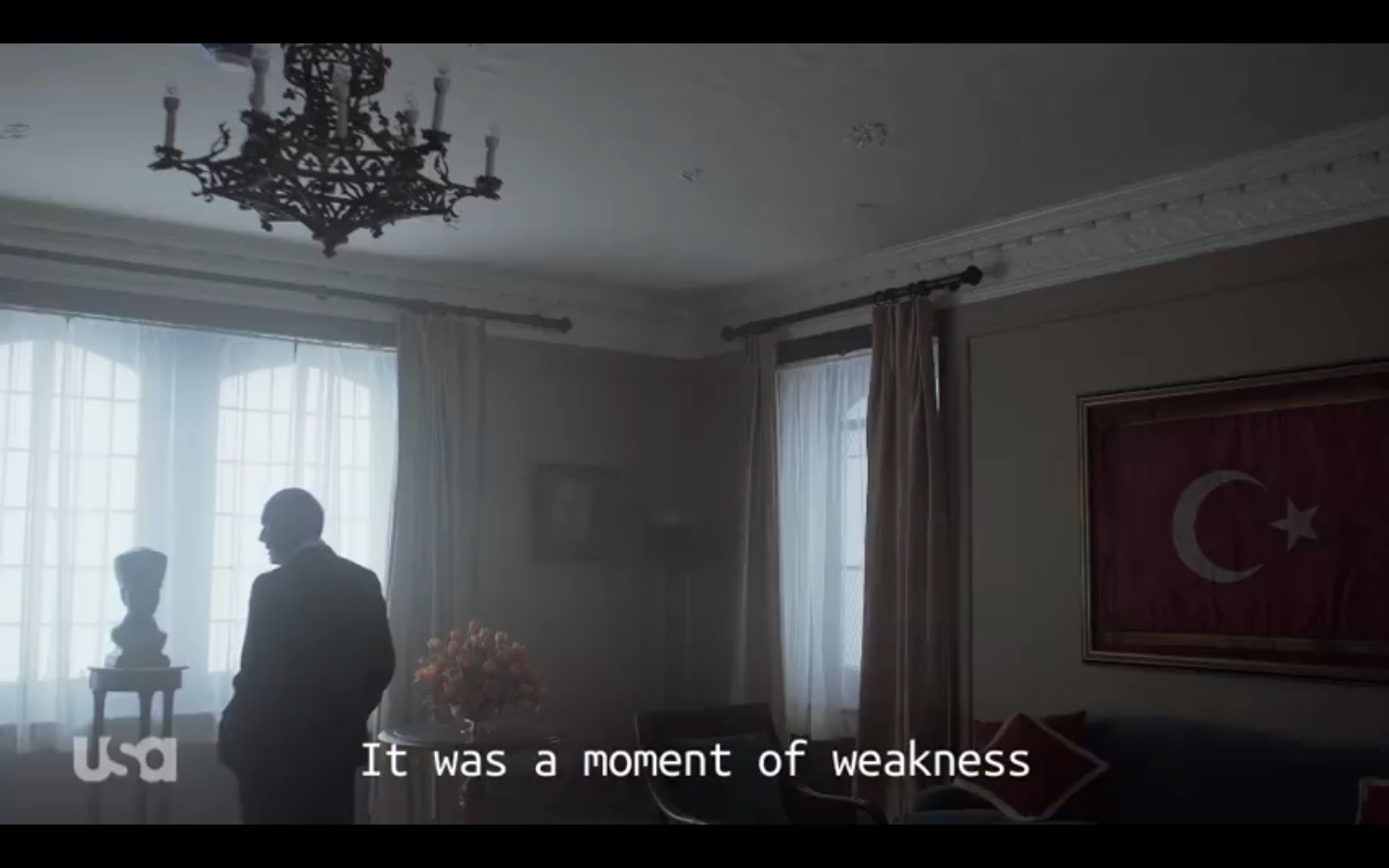 A final note about the co-producer of the series. Kor Adana is Turkish and probably inspired the team about the room with a Turkish flag and Ataturk statue where the scene was related 2015 G-20 meetings. They are doing a great job and taking care of every detail. I guess this is one of the reasons why techno geeks are really into these series. They really make everything seem like real.

I am not sure what was the initial expectation for the duration of the series, but currently it seems like it exceeded the expectations and the story is expanding a lot more than necessary. Although it is a great story I believe it is time to wrap up the it. Otherwise the story will flow even slower which will make it darker and more depressive or the stories will become unrelated, e.g. go more into real life politics which is good when you see the actual president of US in one scene, but I don’t think favoring one politician for another is a good idea. They may embarrass you when they have power, so it is best to keep a distance to all of them unless they are retired 🙂

This site uses Akismet to reduce spam. Learn how your comment data is processed.